“You shouldn't have come here. I tried to warn you. This is a place of death.”
―Quinn to Gary

Final Space is a dimension that was created by the Arachnitects to seal Invictus and the Titans it corrupted. The Titans sought to escape by breaking the walls of Final Space so that they could access the primary universe.

Final Space is depicted as a hellish spacescape littered with partially or completely destroyed exoplanets. It is largely void of life outside of the horrors that dwell within it, such as Invictus and the Titans, and all that is left of any actual civilizations is abandoned, decayed, or hidden. According to H.U.E., all timelines in the multiverse flow into Final Space, which would explain the countless number of deceased, alternate timeline variants of Gary Goodspeed that are contained within.

When the Titans created the layers and constraints of dimensions, they were corrupted by an unconquerable evil that resided at the end of the universe and they fill the universe with chaos. The Arachnitects, with the help of Bolo (the one Titan not affected), imprisoned the Titans in Final Space.

The Titans tried to escape for eons, tearing to create breaches that kept being closed off. One of these breaches was closed by John Goodspeed with an anti-matter bomb. This resulted in the creation of Mooncake when a particle of Final Space fused with the blast radius of the bomb. The creation of Mooncake however resulted in the seal that separated Invictus from the universe to significantly weaken, due to the fact that part of the seal that kept Invictus in was inadvertently used to create Mooncake.

In the same explosion that created Mooncake, the Lord Commander was exposed to the energy of Final Space. Corrupted by his newly-gained power, but also slowly dying, he spent the remaining years of his life trying to reach Final Space and become a Titan. To this end, he sought to capture Mooncake, who is the key to opening Final Space.

After infiltrating the Infinity Guard, Lord Commander reopened the breach to Final Space using a gigantic ray of energy. This also put the Earth in danger, given that it would be dragged into the breach if it opened completely. This finally happens after Lord Commander captured Mooncake and uses his power to open the breach, allowing a Titan to suck the Earth into Final Space just before Quinn Ergon closed the breach with another antimatter bomb, resulting in her being trapped too.

In "The Closer You Get", Gary tried to communicate with Quinn by drinking the clearwater from Kanopus Prime, which send his inner being between dimensions towards Final Space. However, this results in Invictus managing to possess his body.

When Bolo was released from his prison, he convinced the Arachnitects to open Final Space so he could go to kill Invictus and the Titans, as well as allow the Crimson Light's crew to rescue Quinn. 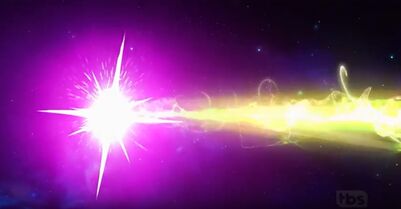 The breach in Time Space, which is also a door to Final Space 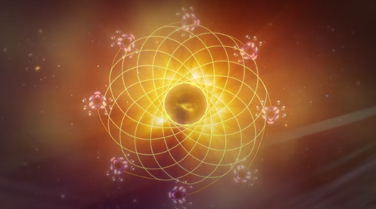 The Arachnitects open a gate to Final Space 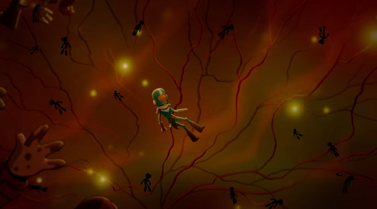 Quinn's prison.
Add a photo to this gallery

Retrieved from "https://final-space.fandom.com/wiki/Final_Space_(location)?oldid=16666"
Community content is available under CC-BY-SA unless otherwise noted.