The Infinity Guard was an intergalactic space organization, that originally was dedicated to protecting the galaxy until they joined the Lord Commander. The organisation and it's members are recurring characters throughout Season 1.

It is unclear whether it is the entire space force or merely an elite unit of a space force which the Scarlet Lance was also in, which was destroyed by the Lord Commander and his flee.

The entire moto of the Infinity Guard: "To Protect Life". They have several outposts throughout the universe, and a network that connects all of their ships. The Galaxy One was originally connected to this network.

Their primary base is the Infinity Guard Spire on Earth, but they have outpost throughout the entire universe.

One of the Infinity Guard pilots, John Goodspeed, used an antimatter bomb to close a breach in space, which resulted in his death, the birth of Mooncake and the corruption of his co-pilot Jack into the Lord Commander.

As a means of trying to impress Quinn, Gary impersonated an Infinity Guard pilot. However, when all pilots where called back to base. Gary was thus exposed as an imposter, and sentenced to five years for not only impersonation but also because he unwittingly destroyed 92 ships in his blundered attempts of wooing Quinn. During Gary's incarceration, Quinn had been investigating a breach in space-time that had recently manifested. However, when she tried to inform her fellow Infinity Guards about this development, she was ignored. This would culminate in her crash landing and finding herself on the Galaxy One. The Infinity Guard tried to take her captive by hacking the Galaxy One and turning both the S.A.M.E.S. and H.U.E. against the crew, but KVN managed to reboot H.U.E. and disconnect him from the network with a chip Nightfall had given him.

Galaxy One traced the gravitational disturbance to a bioluminescent planet containing Infinity Guard Outpost - 0439. Gary at this point concluded the Infinity Guard had been corrupted, considering how they tried to stop Quinn even though their own files proved they knew about the breach. Quinn ignored Gary's warning, but Gary was proven right when he and Quinn saw the Infinity Guard had joined forces with the Lord Commander. They were helping expand the breach in space-time so that Final Space would be opened, which in turn would engulf the Earth and potentially the rest of reality and kill everything. Superior Stone also revealed to Quinn that when she was at a bar 5 years ago, they used her quantum formula to assist the Lord Commander in opening the breach.

The Infinity Guard is finally destroyed in the battle against the Resistance during Chapter 10.

Quinn Airgon is a captain of the Infinity Guard 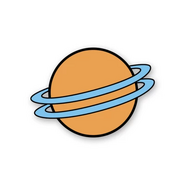 old logo of the infinity guard

Infinity Guard soldiers in uniform
Add a photo to this gallery
Retrieved from "https://final-space.fandom.com/wiki/Infinity_Guard?oldid=10241"
Community content is available under CC-BY-SA unless otherwise noted.