It consisted of 13 episodes, three more than Season 1.

Following the Battle for Earth, Gary, H.U.E., Little Cato, KVN, Clarence, Nightfall, and newcomers Ash and Fox, go on a perilous journey throughout the galaxy to find the Dimensional Keys in order to free Bolo from his prison, and reach Final Space to save Quinn.

According to series creator Olan Rogers, executives at TBS pushed Season 2 to be less serialized and to play up the humor, with almost every episode in the season (notably "The Lost Spy") receiving a lot of production notes. TBS, who handled Season 1, was noted by Rogers to be initially more hands-off, while in Season 2 they "slammed" Rogers with notes from every branch of the network. [2] TBS also pushed for more focus on comic relief characters such as Clarence, otherwise they threatened to cancel the show. Showrunner David Sacks noted to Olan Rogers that, notes-wise, Season 2 of Final Space was the worst he'd been through in his entire career [3] Although the premiere of Season 2 was meant to be a two-parter, TBS wanted the Season 2 premiere to immediately go into the next adventure, with a lighter tone than the Season 1 finale.

The notes from TBS resulted in Season 2 being at some points notably different in tone from Season 1. While there is still an overarching story involving the search for the Dimensional Keys, the season has more standalone episodes. The overall tone is also lighter than Season 1, and the humor is more crass and "gross out" oriented than the previous season. 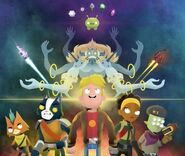 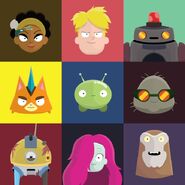 Add a photo to this gallery

Retrieved from "https://final-space.fandom.com/wiki/Season_2?oldid=16736"
Community content is available under CC-BY-SA unless otherwise noted.